May 29, 2020
News
Comments Off on Zal & Phoenix by Shohreh Shakoory
Alex Spargo 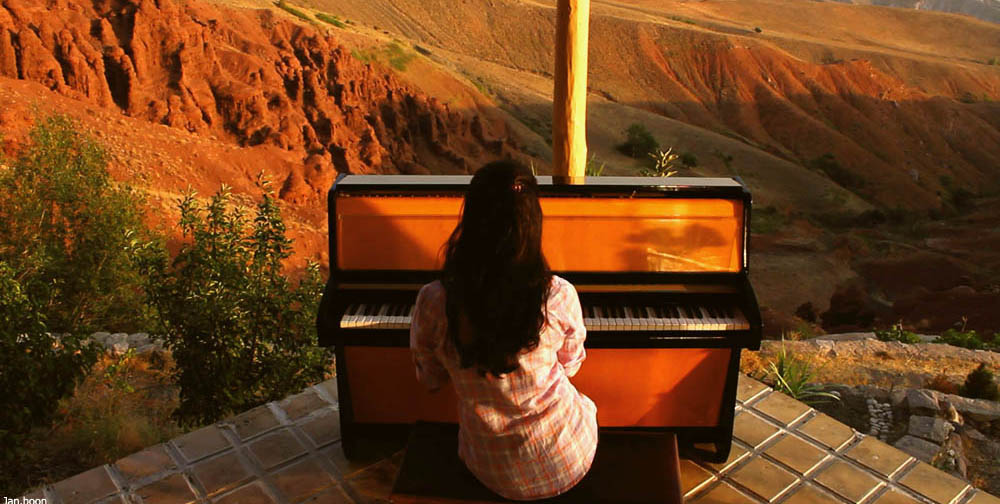 Zal & Phoenix iss a composition with illustrations by Meysam Mousavi, narrated by soprano April Fredrick. This multi-media production is based on an ancient Persian tale adapted for children for a live performance created by composer Shohreh Shakoory.
Shoreh Shakoory is an Iranian British pianist composer, who moved to the UK in 1993. She has performed her compositions  in several venues in London as well as numerous festivals in the UK, Belgium, France and Iran. Shohreh has been working on ‘Zal & phoenix ‘ project for over 3 years and will be developing this show for small-scale theatres as well as outdoor spaces and other flexible settings including schools.
Meysam Mousavi  is an Iranian painter based in Tehran. Meysam is a self taught  artist  who has participated  in several  exhibitions and festivals in Iran and throughout the world .
His Illustration work has been published over 200 children’s books, and he was the winner of Biennale Illustration Bratislava in 2011.
American soprano April Fredrick is passionate about nuance, text and character, performing regularly as an orchestral and oratorio soloist and premiering and recording multiple works including the role of ‘Jane’ in Joubert’s Jane Eyre, for which she received international acclaim. She is a founding member of Dei Gratia Baroque Ensemble.
Canberk Ulaş is a Turkish professional duduk player. He graduated in Istanbul Technical University Turkish Music State Conservatory. Ulas has contributed to many albums with his duduk throughout his career. He founded the band “Canberk Ulaş Quartet” in 2015 and released his  album titled “Telafi” in 2017.
Tags: 2020
Spread the word!