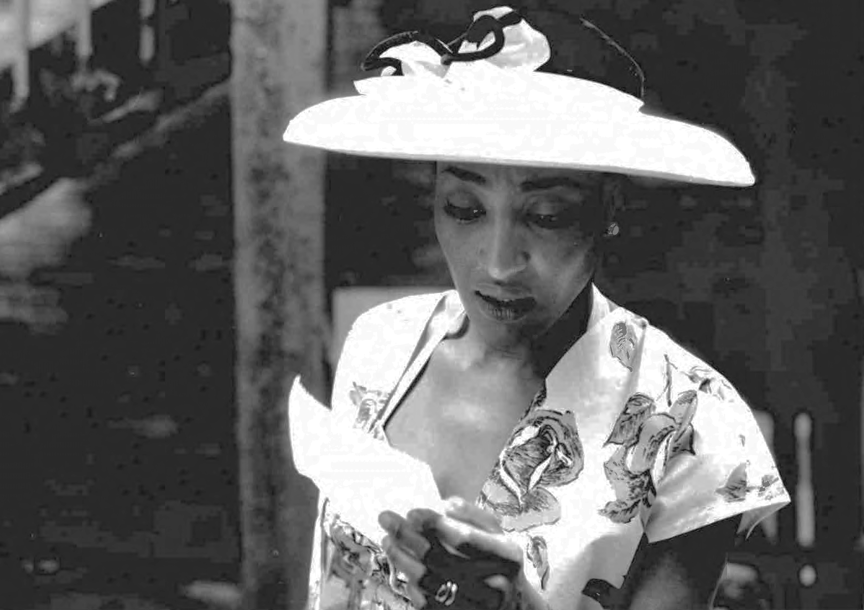 The music of composer Shirley J. Thompson is performed and screened worldwide and often described as “beautiful and powerful” (Le Figaro). A visionary artist and cultural activist, Thompson is the first woman in Europe to have composed and conducted a symphony within the last 40 years. New Nation Rising, A 21st Century Symphony performed and recorded by the Royal Philharmonic Orchestra is an epic musical story celebrating London’s thousand-year history, and one in which the RPO is accompanied by two choirs, solo singers, a rapper and dhol drummers, a total of nearly 200 performers. This extraordinary work was originally commissioned for the Queen’s Golden Jubilee in 2002 and the concept was latterly assumed as a framework for the 2012 Olympics Opening Ceremony. She has also composed extensively for TV/film, theatre, dance and opera production.

Thompson’s musical experience began with her playing the violin for various youth symphony orchestras in London, as well as choral singing with local choirs. After studying Musicology at the University of Liverpool and then specialising in Composition at Goldsmiths’ College with, Professor Stanley Glasser, her first major commission came from the Greenwich International Festival, when she composed a chamber orchestral work entitled Visions

After writing several instrumental and vocal ensemble pieces, Thompson started writing for film and television. Her music for the major BBC drama series, South of the Border was selected as a Top 20 BBC TV Theme in 1990 and her score for the film, Dreaming Rivers, earned a prize at the Mannheim Film Festival in that year. She subsequently composed music for a number of television documentaries and drama programmes.

In 1995 she launched and directed The Shirley Thompson Ensemble at London’s South Bank Centre, her own ensemble of instrumental soloists, singers, dancers and visual artists. It was with this group that she created ground-breaking compositions which seamlessly integrate contemporary classical music orchestration with improvisation, as well as fusing contemporary popular music and world music styles. She also developed compositions that integrated video imagery and contemporary dance for the concert stage. Through her original compositions she has subsequently become a leading exponent of music performance with multi-media and has devised innovative arts education programmes including the exemplary, Newham Symphony Schools Spectacular for children ranging in ages from 7-17 years. The latter programme, devised in 2002, led to the introduction of the national education scheme, Every Child A Musician, being adopted in the London borough in 2010.

Music by Shirley J. Thompson has been commissioned for several royal engagements, including Commonwealth Day performing for HM Queen Elizabeth at Westminster Abbey in 1999, with her ensemble again for HM Queen Elizabeth’s summer party at Buckingham Palace in 2001, and opening the newly built Stratford Cultural Quarter with the London Gala Orchestra performing the Newham Symphony with Prince Edward and Countess Sophie of Wessex in attendance. In 2000 she was commissioned to compose a large-scale work to commemorate the Queen’s Golden Jubilee in 2002.

Other notable compositions and performances include The Woman Who Refused to Dance (2007) for the opening of the Parliamentary exhibition, British Slave Trade: Abolition, Parliament and People; Spirit Songs (2007) performed by the Philharmonia Orchestra in the Queen Elizabeth Hall, Southbank Centre. To commemorate 100 days of Barack Obama’s Presidency, Thompson was commissioned by South Bank Centre to compose Voice of Change (2009) and this was performed by Principals of the BBC Concert Orchestra (Time Scale) with vocal soloists Yolanda Grant-Thompson, Mark Delisser and Katherine Sayles.

In February 2012 Thompson’s Mandela Tales, was premiered in the Purcell Room at the Queen Elizabeth Hall. The work features a number of stories from a variety of regions and traditions across Africa with storytelling, original live music, video projection and dance. Shirley J. Thompson had a successful South African premiere of Mandela Tales, performed by the Gordonstoun School in Cape Town, for the GREAT British Week of Culture in February 2013.

In January 2014, Shirley J. Thompson conducted the premiere of her new choral commission, Westminster Anthem at Westminster Abbey, to commemorate 175 years of the University of Westminster. Performers included the Westminster Abbey Organist, Daniel Cock, Westminster Chorus and Westminster Brass. In February she was Composer-in-Residence, for the Lynn Conservatory, New Music Festival in Florida where the Lynn Philharmonia gave a number of orchestral performances of her works. She returned to present a showcase performance of Heroines of Opera, a new chamber opera production for solo voice and chamber orchestra, at the Women of the World Festival in March as well as presenting the work at St Paul’s Cathedral and the House of Commons. She showcased another of her operatic works, Dido Elizabeth Belle at the Victoria & Albert Museum as part of The Other Georgian Story in June and enjoyed another run of her award winning ballet, PUSH, at the London Coliseum in July – August. In July 2015 her new opera, Sacred Mountain: Incidents in the Life of Queen Nanny of the Maroons, premiered on the opening night of Tete a Tete: Opera Festival.

Shirley J. Thompson is Reader in Composition and Performance at the University of Westminster and has served for over 20 years on several national arts institutions, including the London Arts Board, the Arts Council of Great Britain and the Newham Council Cultural Forum. She was the first female executive of the Association of Professional Composers and now serves as an elected member of the Classical Music Executive for the British Academy of Song Writers, Composers and Authors. She has been named in the Evening Standard’s ‘Power List of Britain’s Top 100 Most Influential Black People in 2010, 2011, 2012, 2013, 2014, 2015 and 2016’.