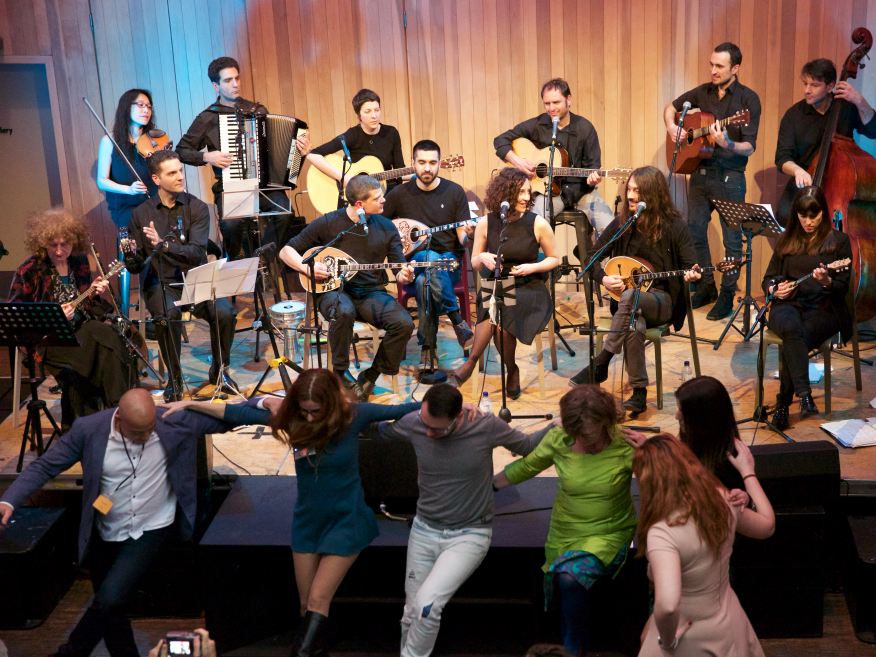 Plastikes Karekles are performing as part of WOW 2018 on Saturday 22nd September.  Tickets available through the Kings Place website.

An eclectic fusion of international and Greek musicians with roots from traditional Greek folk to classical and jazz. The group is known for their own arrangements of music by Theodorakis, Hadjidakis and Xarhakos featuring a fusion of classical string instruments with Greek traditional ones. They are also very involved in the Rebetiko scene and have for the last five years set up a the very popular “Rebet Asker, Greek Roots Series” at the Green Note, London, dedicated to the music of Rebetiko.

The group have appeared at performances and festivals in Greece and elsewhere abroad. In the UK they have performed at Purcell Room, Royal Festival Hall, Royal Albert Hall, St David’s Hall as part of the Proms, as well as more intimate venues such as the Green Note, Vortex and the Forge, London.

The musicians of Plastikes Karekles are also the founding members of the Rebetiko Carnival, a one month festival in June with Rebetiko music at its heart. They are dedicated to exposing this treasured music to as many people as possible.

A very important part of Plastikes Karekles work is also education and outreach work. This has taken them to not only mainstream schools, but also special needs homes, hospitals and prisons throughout the UK.