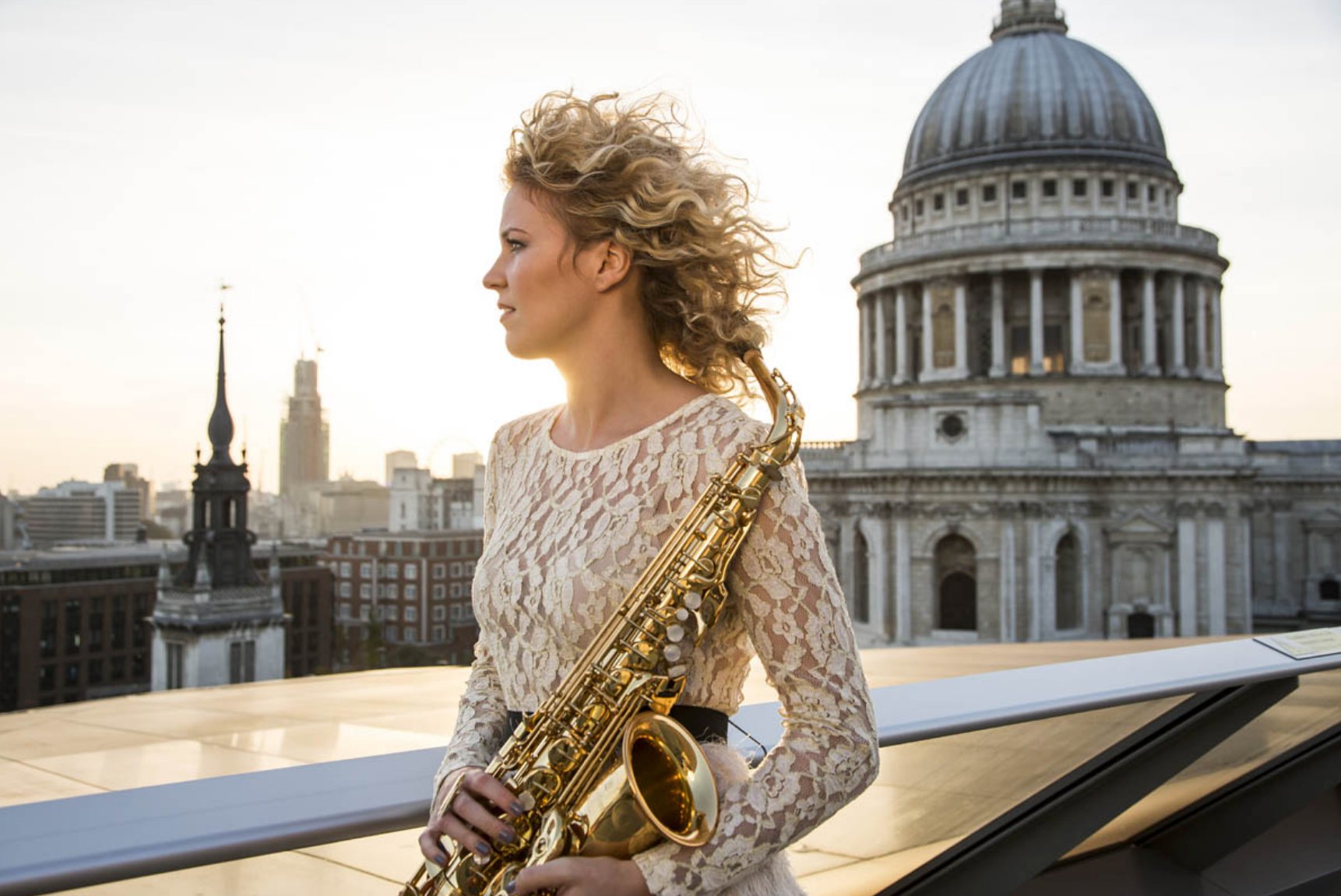 Following the successful debut of her Screen and Sax project at Equator’s ‘Women of the World Series 2015’ at Kings Place, the brilliant saxophonist Hannah Marcinowicz has further developed her association with the cream of British female soundtrack talent. Hannah will be returning to Kings Place on September 30th.

Hailed by The Times as ‘a superb young saxophonist’, Hannah Marcinowicz made her Wigmore Hall debut in 2008. Since then, she has performed as a soloist at venues including the Royal Albert Hall, Royal Festival Hall, Queen Elizabeth Hall and Barbican Centre to great critical acclaim.

Hannah frequently records for film, television and radio. She is featured as a soloist on the soundtrack for the United Arab Emirates Pavilion at the Milan World Expo in 2015. Hannah is currently collaborating on a solo album project with the award-winning stage and screen composer, Jonathan Goldstein.