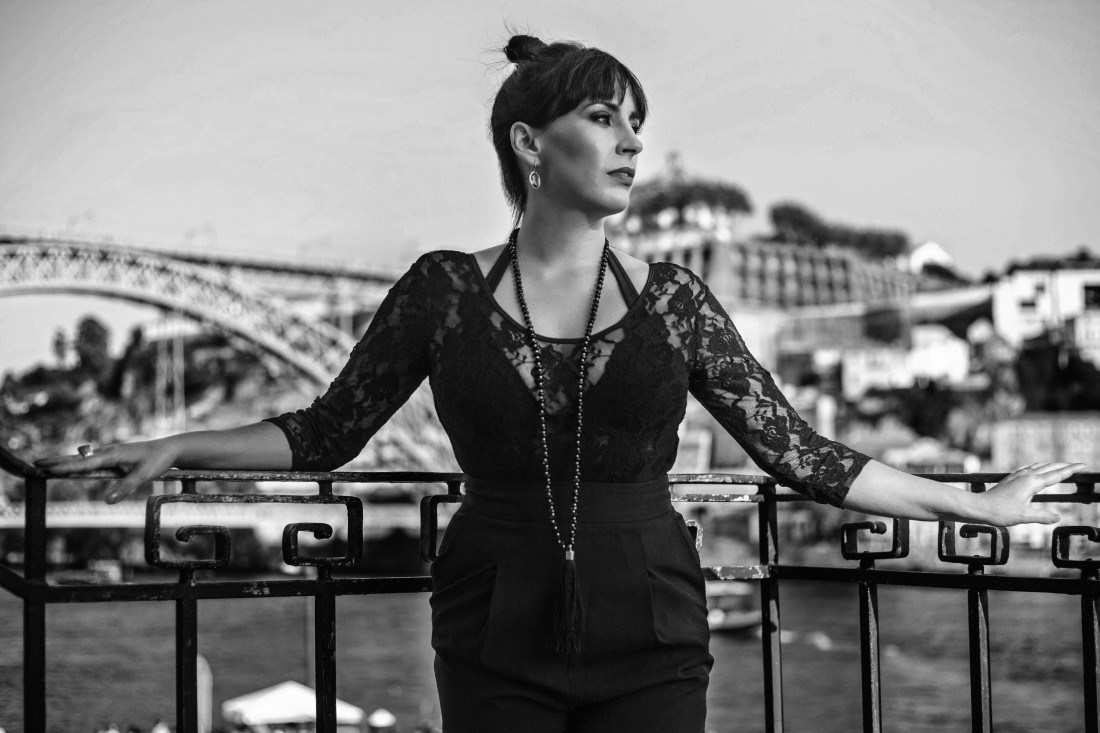 Claudia Aurora are performing as part of WOW 2018 on Saturday 22nd September.  Tickets available through the Kings Place website.

Claudia Aurora’s second album, Mulher Do Norte, translates from Portuguese as Woman of the North. Written with a clarity that only distance can allow, it is a homage to the city, the surrounds, the way of living, that helped make her the woman she is. To all that she left behind.

It was 2003 when Claudia Aurora swapped her beloved Porto for Bristol. Little did she know that what she began singing in the kitchen as an antidote to homesickness would take her to some of the biggest stages in the world.

She sung fado. Traditional Portuguese folk songs once sung by her grandmother. In time, she wrote her own. Impassioned songs of loss, love, longing. In short, songs of saudade, the emotion at the very core of fado, perhaps best translated as ‘the love that remains after something is gone’. A lover. A comrade. A place.

“People don’t understand what I’m singing,” says Claudia, “so I try to make them feel what I want them to feel. Onstage, my heart is in my mouth, and I think maybe people will see it beating.”

If people didn’t see Claudia’s heart, they certainly heard it. With her first album only a few months old, she was a relative unknown before she played the BBC Radio 3 stage at WOMAD in 2012, yet the reaction to her set ensured Silencio’s sales were seventh highest of the entire festival. Impressed, Radio 3 later broadcast Claudia performing live from the Royal Festival Hall. Further broadcasts followed.

Claudia has since made London her base, gone on to play shows in countries as far-flung as Poland and South Korea, completed the UK’s biggest tour ever undertaken by a fado singer, and been awarded a residency at Green Note, Time Out’s London Venue of the Year 2015.

When it came to recording the new album, Claudia took her team of crack musicians back to the mother country, and the tranquility of Alentejo. Guitars, double bass, cello, bouzouki, accordion, all combining to create fado as it has never been heard before. Fado with arms open wide, embracing those other grand old traditions of the Iberian Peninsula: flamenco, tango, gypsy.

And above it all, Claudia’s voice. Like other voices, it is redolent of personal sadness. Yet it is evocative of so much more. Just as surely as fado is handed down through the ages, then so are the sentiments of which it speaks. Twelve songs evoking a collective folk memory of all the love and loss that went before.

Twelve songs sung with a voice as poised as it is fervent. The emotion Claudia communicates is not blue, necessarily, but visceral. A melancholic ecstasy. A life forever lived, no matter where her home, as a Mulher Do Norte.