March 24, 2017
Comments Off on WOW London: Journey from the East – Music from Japan
Alex Spargo 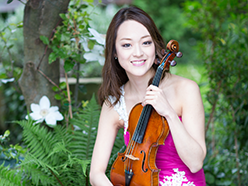 A concert of traditional Japanese and contemporary music by Japanese and British women composers, to be performed by renowned Japanese koto player Sumie Osaki and young award-winning violinist Midori Komachi.

Featuring both traditional music on the koto and contemporary pieces by leading female composers from Japan and Britain through time, this concert explores a unique collaboration across two cultures. 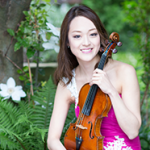 Midori Komachi has performed as a soloist and chamber musician extensively throughout Europe and Japan. Described as ‘hugely gifted soloist of the younger generation’ (The Quarterly Review), Midori has performed in the Tonhalle Zurich, Tokyo Opera City Hall, Muza Kawasaki (Japan), Philharmony Warsaw, Wigmore Hall, Rector’s Palace (Croatia). Over the recent years, Midori has developed several projects exploring the works by British composers. Her Delius and Gauguin project, which was supported by Arts Council England and featured in major publications such as the Arts & Collections Magazine and Nikkei newspaper in Japan, led to the release of her debut album Colours of the Heart (2014). Midori’s performances have been broadcast on BBC Radio 3 and various media in UK and Japan. As an active chamber musician working with various ensembles, she has recorded for Metier, Naxos, Toccatta Classics and RAM. Midori has written several articles on British composers, and her first major publication on Frederick Delius is due to be published in Japan in Autumn 2017.

Sumie Osaki was born in 1962 in Kushiro-city, Hokkaido (Japan) and started to learn koto from the age of eight, under Michio Miyagi Faction, Ikuta style. She has performed with world-renowned Bamboo Flute player Tadashi Tajima (President of Jikisho-kai ). Since she moved to the UK in 2004, she has performed in York, Leeds, Manchester, Liverpool, Chester and London. She regularly performs for the Japan Society North West and Doki Doki Festival (a celebration for traditional and modern Japanese culture) in Manchester and Liverpool. She has also worked in collaborative performances with experimental musicians Ryoko Akama and Michelle-Lewis-King at Huddersfield, and also part of Pulse Project in London and Hastings with composers Haruka Hirayama (Japan), Rosalia Soria (Brazil) and Michel Wong (Hong Kong) in 2016.