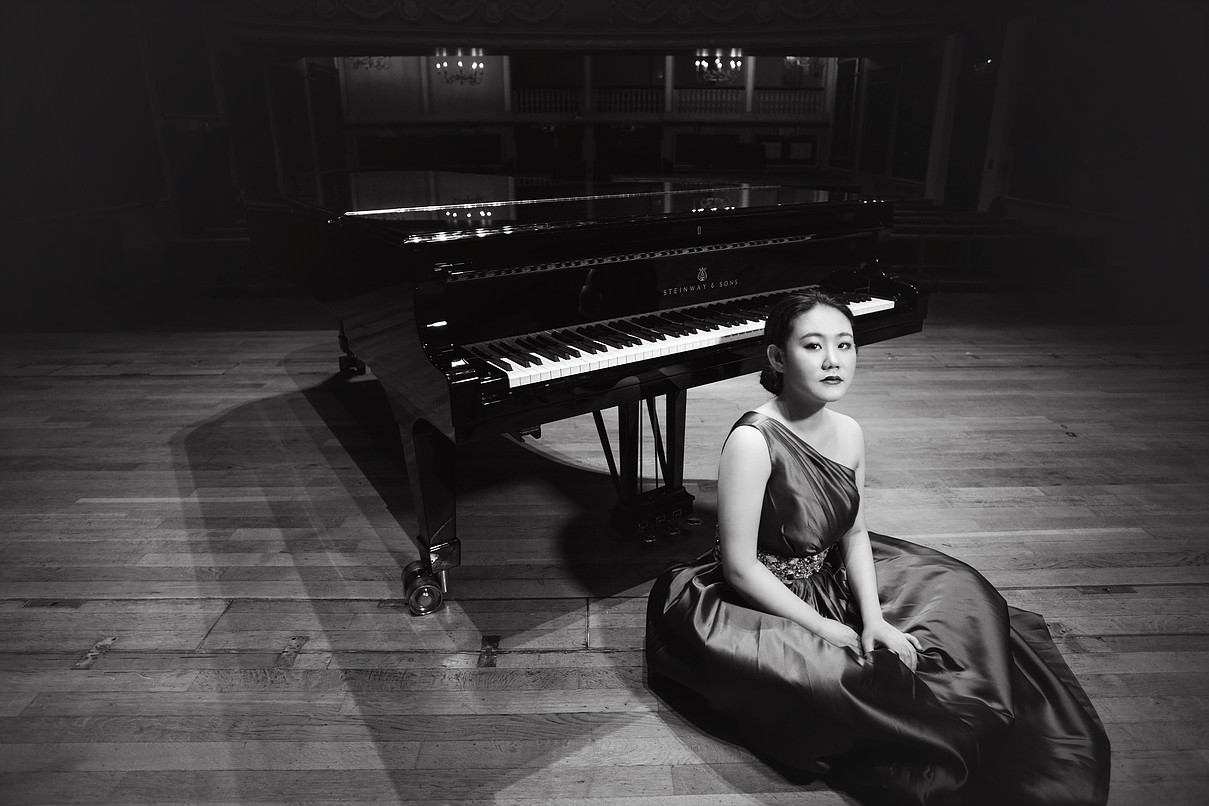 Ke Ma was one of the finalists of the Hastings 2016 International Piano Concerto Competition and was awarded the 5th Prize in this prestigious event.

Born in 1994, Ke is currently studying at the Royal Academy of Music with Professor Christopher Elton in a Master degree. Most recently, Ke won the first prize in the 18th Concours International de Piano de la ville de Maisons-Laffitte, in France.

She was introduced to the piano at the age of three by her grandfather and father, and quickly reached an accomplished level; at five years old she won second prize at the prestigious Xiwangbei piano competition in Beijing and subsequently went on to study with Professor Zhong Hui. In 2006, she began studies with Professor Galina Popova in the Xinghai Conservatory of Music. After a successful audition for the Morningside Music Bridge Festival in Canada, she started to attend masterclasses and gave performances in Poland and Canada. She has participated in masterclasses with many great pianists, including Angela Hewitt, Peter Frankl, Huang-kuan Chen, John Perry, Pascal Devoyon, Joanna MacGregor, Yevgeny Sudbin, Boris Berman, Arie Vardi and Imogen Cooper.

Ke has won several prizes, both external and internal including the Harriet Cohen Bach Prize, the Harold Craxton Prize and the Masie Lewis Young Artists Fund, she was also highly commended for the Sternadle Bennett Prize. In 2012 she received 3rd place at the Ettlingen International Piano Competition in Germany. In 2015, she won the Shenzhen International Piano Concerto Competition in China and later received the Prince’s Award from the Worshipful Musicians’ Company. The fifth place in the Hastings Piano Concerto Competition in Britain, 2016

Ke has appeared as a soloist with many different orchestras and conductors including, Christian Ehwald, Daye Lin, Nigel Wilkinson, Qiyuan Zhu, Uros Lajovic and Brian Wright. And she collabrated with some Chinese major orchestras and Royal Philharmonic Concert Orchestra in Hastings. Later this year, she is invited to perform with Young Musicians Symphony Orchestra under the baton of James Blair on 28th Sepetember.

Besides her solo practice, she also plays a lot of chamber music. Last year, Ke made her duo debut recital alongside British violist Timothy Ridout in Wigmore Hall that was supported by Kirckman Concert Society.