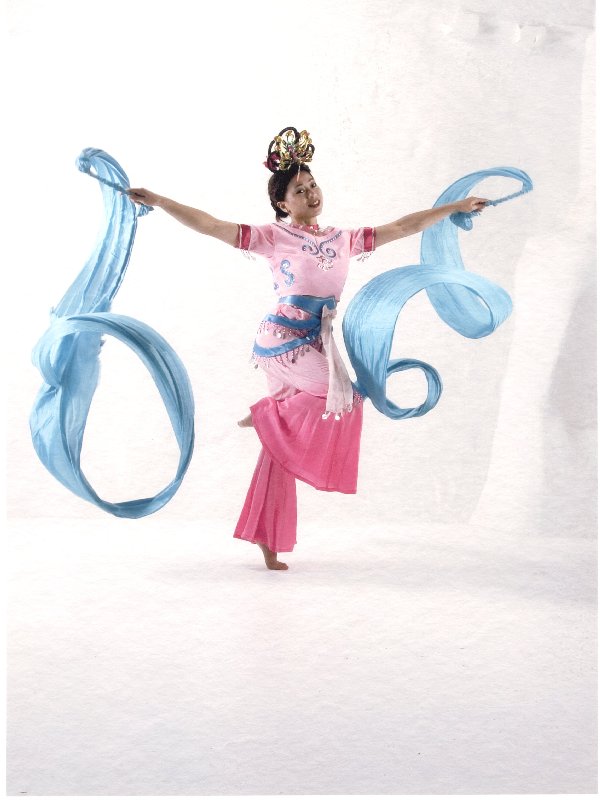 Sinman Dance Company aims to promote and develop Chinese dance and culture in the UK through performances and activity workshops. We are delighted to provide you this unique cultural experience with Chinese arts. Come and enjoy our colourful display of Chinese traditional dance and music from different regions of China.

Including in your ticket is free entry to three workshops:

12-1pm – Chinese calligraphy workshop (free with tickets to the show)
It’s the art of writing in traditional China using special brush and ink. You will have an opportunity to learn this writing technique as well as some simple Chinese characters.

1-2pm – Chinese dance workshop (free with tickets to the show)
Long Fan dance is a traditional folk and festive dance in mainland China. The colourful long fan gives the dance cheerful and graceful feel. The workshop participants will join our dance using this beautiful prop.

2-3pm – Chinese opera face-painting (free with tickets to the show)
Beijing Opera Mask is a pattern of putting on facial make up for opera actors and actresses, enabling the audience to get a glimpse of the inner world of the each role. Different color represents different roles in the play. For example: Red indicates devotion, courage bravery, uprightness and loyalty. Black symbolizes roughness and fierceness. Yellow signifies fierceness, ambition and cool-headedness. We will try to demonstrate few main role masks on participants 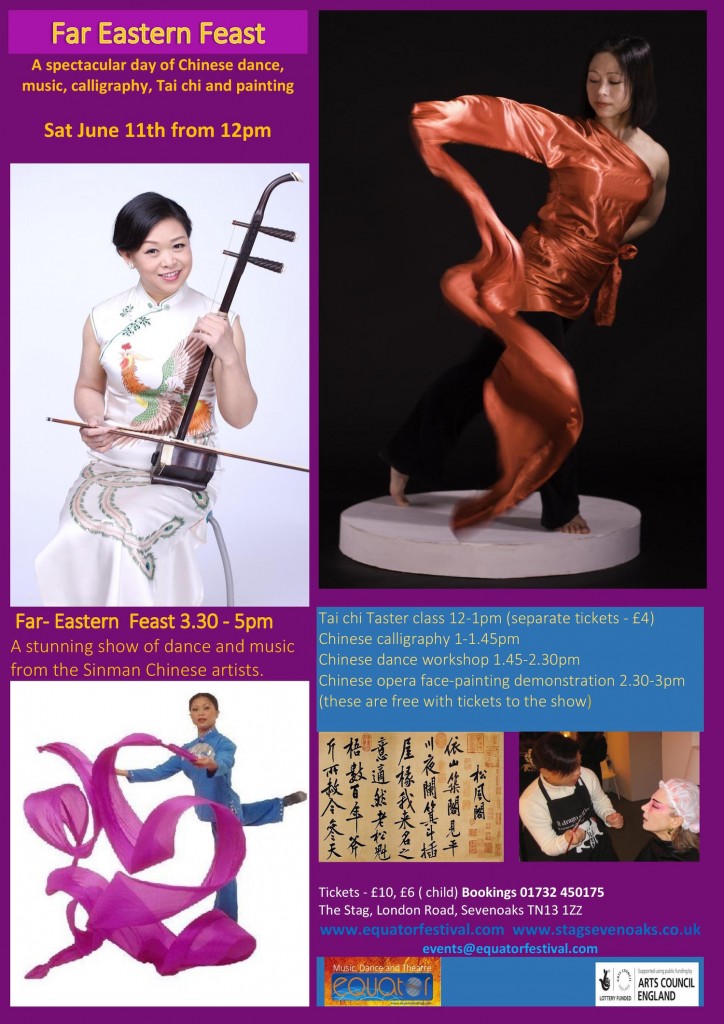 Sinman Dance Company was formed in June 2002.  The aim of the company is to continually promote and develop Chinese dance in UK through public performances and activity workshops. In addition, the company attempts to meet the new creative challenges of the East and West cultures by further exploring and developing the aesthetic and expressive potential of Chinese dance and the incorporation of contemporary dance elements.

Qiu Zenghui is a highly versatile Chinese musician, with over 25 years experience playing a wide range of Chinese music, including Beijing Opera, Chinese classical music and folk music.  She is a graduate in instrumental music from the Tianjin Opera School and the China National Beijing Opera College.  After graduation she performed in the national Beijing Opera Company for nearly ten years, and then worked for the re-established Mei Lanfang Opera Troupe from 1996 to 1999.

Since moving to Britain in 1999, she has performed on many occasions, at places including the Queen Elizabeth Hall and Birmingham Symphony Hall.  She has taught at SOAS, University of London, and has given workshops at numerous schools and other organisations around the country.  She plays a wide variety of Chinese instruments, including jinghu (bamboo fiddle), erhu (two-string Chinese fiddle), yueqin (moon lute), dizi (bamboo flute), suona (Chinese oboe), guzheng (Chinese zither), zhongruan (base lute) and percussion.